Ventana®, named for the Spanish word for “window,” is offering Dallas residents a look into what elegant urban retirement living can be like. Although retirement communities are common in suburbs, it is a growing trend to offer upscale retirement options in large cities so that people who have spent the majority of their adult life in the city don’t feel like they have to leave to find a retirement community.

As the baby boom generation is entering its senior years, billions of dollars are being invested in a building surge for luxury housing and retirement living. Developers are luring potential residents in with the newest amenities usually found only in 5-star hotels and high-end cruise ships.

Originally, the division 28 specifications had already been written for a competitive brand of access control software. “The plan was to use traditional hard-wired access control on exterior openings that were being controlled by the competitor’s software on typical access openings. Inside, Schlage NDE wireless locksets were used on residential entry doors. The NDE locks were going to be controlled by some other type of software mechanism,” says American Direct’s Vice President of Enterprise Systems, Brian Ashley. Ashley understood the inherent problem: the residential wireless locks and the external hard-wired access readers couldn’t both be controlled by the competitor’s software. He had a more effective and complete access control solution in mind, so early on he proposed making the move to AccessNsite. The owner, however, decided to stay with the original contract documents and use what was originally specified.

Plans moved accordingly, division 8 materials were provided and everything was installed. At that time, Whiting- Turner discovered that the two systems were indeed not compatible. Ashley comments, “Since the Mercury panels are built on an open platform, AccessNsite was able to offer a total security solution for all access points both interior and exterior without having to rip and replace everything. We offered complete control with one system not two.” From a division 28 standpoint, this was an “add on” since the project was negotiated with American Direct for only division 8, however, American Direct and AccessNsite worked seamlessly to provide the owner what they ultimately wanted — a total openings solution throughout the Ventana® retirement community.

Hindsight is 20/20. As access control technology evolves, it’s important to have the guidance of a dedicated project manager who helps clients avoid risk during the pre-construction phase. American Direct has a long track record of providing complete access control solutions for a variety of project types. “It’s never been more important for the profitability of a project to determine the right security solution from the very beginning. Our goal is to provide the end user with a totally integrated security platform customized specifically for the facilities.” advises Ashley.

Richardson says that the owner is pleased with the results of AccessNsite consolidating the two systems into one. An extra perk is that there was no need to change any hardware during the conversion to AccessNsite.

Richardson also says that the building maintenance crews appreciate being able to control the access credentials or building management systems remotely. When a resident moves out, the credentials can be changed quickly and effectively on the fly via a computer, laptop or Smartphone, saving time and money. 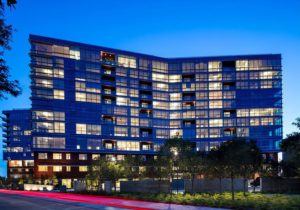 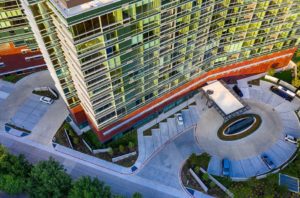 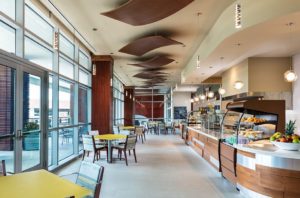 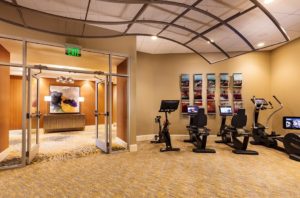 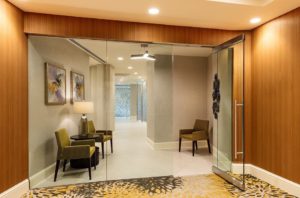