Common Sail’s StoryPoint Senior Living Communities are Anything but Common

Fred Rogers once said, “Often when you think you’re at the end of something, you’re at the beginning of something else.” Moving into a senior living community can be a new beginning — a chance to relax, let someone else handle the cooking, maintenance, and landscaping.

StoryPoint Senior Living is part of Common Sail Investment Group (CSIG), which successfully operates Independence Village and StoryPoint senior living communities. These communities provide continuing care where residents can move from independent living to enhanced living, to assisted living and, in some locations, to memory care if needed. These choices allow individuals who are leaving a single-family dwelling to consider the living option that best suits them and follow the care path for the remainder of their life.

Recently built StoryPoint senior living communities include Story- Point Medina in Ohio, StoryPoint Middletown and StoryPoint Union, both in Kentucky. Originally, these new builds were slated to use Allegion’s free Engage software for access control, however CSIG ultimately wanted a more robust platform that Engage could not provide. While Engage in small systems is quite appropriate, a more enterprise approach is more successful for multi-property owners. CSIG contacted Allegion and they recommended AccessNsite to take over the access control for these communities. At that time, CSIG already had four properties with 500 plus devices that were being managed using Allegion Schlage products.

AccessNsite Vice President – Enterprise Systems Brian Ashley says, “We offered to migrate those devices to AccessNsite with one centralized server and their data center for enterprise level access. AccessNsite’s virtualized server means that CSIG has direct access to that server, which connects to the entire database. At any time, an official at CSIG can manipulate the AccessNsite software and the results are immediate. For example, if the Executive Director at StoryPoint Medina needs three-day access to StoryPoint Union, minor adjustments are quickly made on the server and that Executive Director’skey fob can now gain him/her access to specific entry points and for just the three days. Another example is when an employee is terminated through the server, he/she is terminated at all communities and his/her key fob no longer works at any community location.

CSIG’s IT Manager Marc Gevers says, “The AccessNsite’s team provided what we needed and were incredibly responsive. We really appreciated them being available whenever we needed them, answering questions promptly, providing demonstrations and providing access to senior engineers so we could talk about the direction we needed to go. The entire process was transparent and it started us down the road toward a solid business relationship.”

Gevers recalls that CSIG has used other access control in their communities before, but nothing has been as full-featured as AccessNsite. “It is like night and day,” says Gevers. A key benefit of AccessNsite, according to Gevers, is the ability to pull important reports, such as a door battery level report. With more than 200 doors in one community, this report eliminates the need for a maintenance employee to have to hunt down the door with a flashing orange light. Instead, based on the report, they replace any low level battery, also preventing residents from getting locked out of their unit because of a sudden dead battery.

Another critical report is the door usage report which indicates how often a door is accessed. If the report shows that the door is used only a few times in a short period, and if there is not a life safety requirement for the door, then this information can guide the program model for future communities.

Gevers says, “One of the reasons AccessNsite was so attractive to us is realizing these kinds of efficiencies and what those mean for our company. The software is expandable when we want it to be. We can incorporate additional features (Point of Sale, Time/Attendance, Visitor Management) at any time with seamless software changes.”

Gevers is very grateful that AccessNsite guided them to a Mercury panel because it allows for more granular control. “With our Memory Care communities, we must have the Mercury panel in order to have the immediate ability to lock down if necessary. If we hadn’t worked through the original issue with AccessNsite, we may have put in one product and then had to add a second product, meaning we would have had two credentials in one building and that would have been extremely complicated and expensive. We have learned so much by working with AccessNsite and American Direct on the StoryPoint communities.”

The approach to StoryPoint, according to Ashley, was successful because, “We took a consultant role and built a partnership with continuity across all CSIG properties nationwide. Historically, the way we used to engage the industry in the commercial hardware distribution world was project by project, but when we have an opportunity like CSIG, we talk in detail with the client to determine an enterprise solution. No other companies are approaching openings solutions this way.”

CSIG has recently announced five more acquisitions in Illinois, Indiana and Iowa. Four out of these five senior living communities will include a Memory Care component. 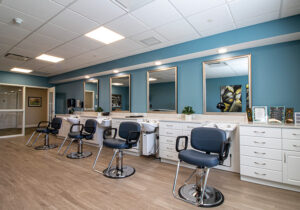 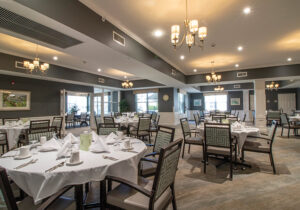