As Indiana University – Purdue University at Fort Wayne undertook the challenge of transforming what had traditionally been considered a commuter school into a traditional university campus, one of the first hurdles it faced was where to house the growing number of students who wanted to live on campus.

Contractor MW Builders engaged American Direct to provide openings hardware for the facility — but the company’s contributions went beyond that. Because the new housing facility consisted of six separate buildings, project managers were concerned about problems they might encounter trying to sort all of the hardware on the construction site. American Direct helped solve this problem by working to sort the hardware for each different IPFW building at its Kansas City staging area and putting them on pallets addressed to the correct building. Thus, when product arrived in Fort Worth, it was bundled so that installers could access it immediately.

The efficiency this extra step provided was key to the contractor being able to meet an extremely ambitious timeline — especially considering that the client made a number of significant hardware changes mid-project.

“The whole key to the execution of this huge construction project was getting all the buildings framed, skinned (roofed) and enclosed before winter,” said Nick Larson, senior project manager with MW Builders. “American Direct delivered all doors, frames and hardware materials on time despite all of the significant changes in the hardware scope.”

The new housing complex now provide a comfortable home to the increasing number of students choosing to live on the IPFW campus.

“It’s gratifying to work on big projects like this where you know you’re helping change the face of an organization or school,” said American Direct President Byron Whetstone. 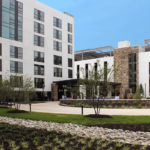 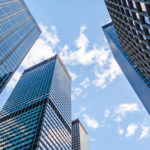