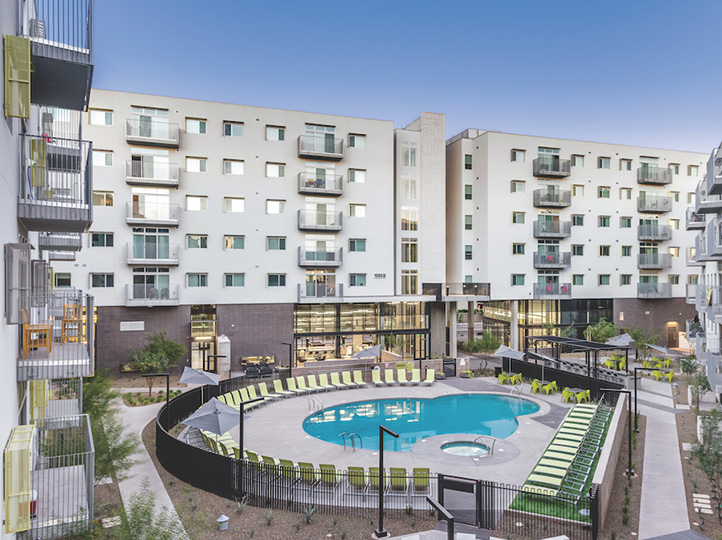 As pressures have grown on general contractors in recent years to maximize efficiency and turn around projects faster and faster, they’ve increasingly started to look for partners who can provide true “turnkey” service. Gone are the days when a contractor would accept as fact that they had to work with several suppliers and separate installers on different facets of the project. Today, the more responsibility and accountability a supplier or sub-contractor can take on, the better.

That’s been one of the primary drivers in recent years behind American Direct’s move toward full-service supply and installation for all facets of the door opening. And the Vertex student apartment complex near Arizona State University is a perfect example of how this cutting-edge approach is paying off.

American Direct was initially retained to provide commercial doors, frames and hardware, pre-hung doors, and associated openings product for the project. But when the contractor learned that American Direct could not only deliver, but also install all of that product from its Regional Service Center (RSC) in Tempe, they added access control to American Direct’s responsibilities as well.

“Having the RSC’s close to the job sites allows us to have boots on the ground and accomplish so much more,” said Adam Kincaid, Vice President of Contract Account Management.

This turnkey approach is so attractive to contractors because it eliminates the “scope gaps” that are common when working with several suppliers and installers. Because the general contractor has one contact — American Direct — to call if there is an issue with a door, hardware, security camera or any aspect of the openings, there is never any question as to who will resolve an issue, should one arise.

“It was great to have a single source that we could communicate with regarding what areas in the apartment buildings needed specific access, who (students, employees, etc.) needed to be given access, and who would pre-program the lock fobs and work with the end user to make sure everything met their needs,” said Steve Shaw, Vertex project director for contractor Hardison Downey. 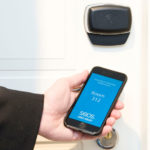 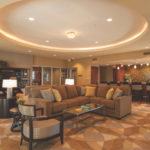