LENEXA, KS— The Greek God Mercury was known for, among other things, communication. To continue its tradition of security communications in the age of 28/8 integration, AccessNsite® by American Direct, announced today, significant new features to its access control software. This update focuses on AccessNsite compatibility with Mercury controllers, and includes,

“These updates build upon our history of continued integration and compatibility with Mercury controllers,” said Jerry Glynn, Chief Information Officer with American Direct. “We continue to innovate in 28/8 integration and support the key technology that is a part of today’s physical access control platform.” 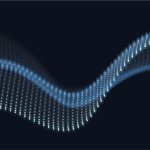